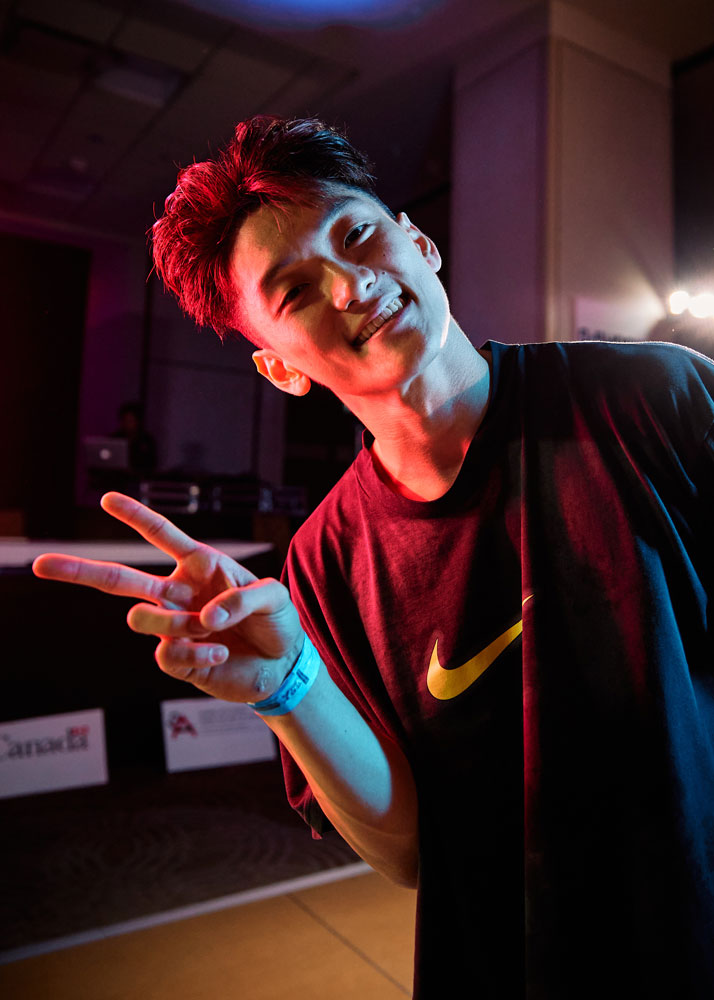 Phil Wizard is a Vancouver based artist who specializes in breaking. He started dancing in 2009 under the mentorship of Vancouver’s Now or Never and Soul Felons crews, and later joined the Wizards, United Rivals, and 7 Commandos crews which he continues to represent today. Phil hopes to further evolve and diversify his craft while continuing to compete and perform internationally. Phil Wizard is the first Canadian dancer to win the Undisputed World Series and to be invited to the Red Bull BC One World Finals. Over the past few years he has represented Canada all over the world, competing at the highest level. Phil has performed in a variety of concerts, festivals, and shows, including the 2018 Takashi Murakami exhibition opening at the Vancouver Art Gallery.